I was reading the Metro newspaper on the way to work this morning; I’m always interested in municipal affairs, so the articled headlined “More money for municipalities” caught my eye. More on that in a bit.

If you’re not familiar with the municipal structure of the Greater Toronto Area, here’s the Coles Notes version. From 1954 to 1997, “Toronto” was a group of six municipalities that belonged to the higher level Municipality of Metropolitan Toronto; the member municipalities were: 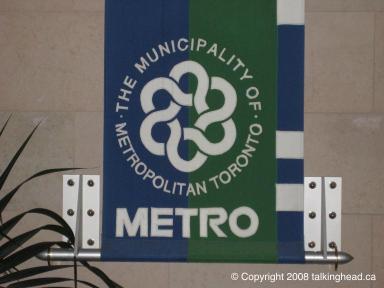